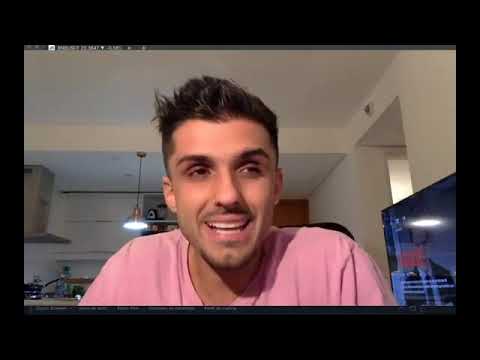 Why you should not trust Bitfinex

TL/DR: The founder of Bitfinex has a history of supporting ponzi schemes and the exchange was founded using stolen "swiss-cheese" source code. Read the first quote. Don't trust them.
 There have already been arguments on here about whether or not Bitfinex is solvent in light of their recent and past issues, so I'll approach this from a different angle.
Take a look here at the first few posts in this thread. Here we see the founder of Bitfinex, "unclescrooge" - Raphael Nicolle, defending one of the biggest Ponzi scammers in Bitcoin's history and demanding apologies from those calling it out (he recently deleted the post itself, but it was quoted by the next person):
https://bitcointalk.org/index.php?topic=101345.0


INow that Pirateat40 closed down his operatations thanks to all the fud that was going on and growing on the forum, I expect everyone that spreads this fud, accused and insulted Pirate and the people that supported him to apologize.
Not only did Pirate brought us a great opportunity for investors (once in a lifetime actually), he did help stabilise and grow steadily bitcoin price, volume exchange, and thus contributed to the success of bitcoin. For that, Pirate, I want to thank you. You've done a wonderful work, and I hope you're stay around here.
Now, apologies on.


Here's some background on the pirateat40 Ponzi scheme for those unaware:
https://motherboard.vice.com/en_us/article/lawyer-reveals-details-about-the-man-behind-bitcoins-45-million-ponzi-scheme
So what does that mean? In the best case scenario, the founder of Bitfinex is a colossal moron who can't even identify a blatantly obvious ponzi scheme - and is certainly not someone you would trust with your money.
Worst case scenario, he knew what was going on and was looking for more victims to feed the scam - again, not someone who you would trust with your money.
Had I known about this history, I personally never would have put a dime on Bitfinex.
Here's some more info on the origins of Bitfinex - the gist of it is that the exchanged was bootstrapped on the stolen, leaked, bug-ridden source code of Bitcoinica (an exchange that itself was mysteriously "hacked" and all the money disappeared):
https://www.reddit.com/BitcoinMarkets/comments/2c4kkg/what_do_we_know_about_bitfinex/?st=j1o2gmfd&sh=28098796
There's much more to dig into about the exchanges history of bugs, incompetence, and questionable actions (example: https://www.reddit.com/Bitcoin/comments/36uxxz/bitfinex_has_been_hacked/crhcaov/). Oh, and remember that the owners see no issues with trading on their own exchange. There are many ways to take advantage of privileged info (stops and liquidations, bfx token trading, etc.) if an owner is dishonest, let alone more serious possibilities of fractional reserve and gambling with user funds. Someone who has no issues with ponzi schemes probably has no issues with the above, either.
This is just the surface of issues discovered, others here have far more knowledge of the history of issues that I do.
And a final parting quote for the next time you hear someone accused of spreading "FUD" about Bitfinex - here's another "unclescrooge" quote about those calling out pirateat40 as a scammer:


Fuck everyone that spreads FUD. You could have made great profits while helping stabilising bitcoin price. Now back to scammers at 2% a week and great volatility that make bitcoin look like a laughing stocks.
Fuck you. At least now you'll look ridiculous, that's my only pleasure.

ICO's are the new IPO's. Making Ethereum the new GBLSE

First, I may need to provide some background, as many of you may not have been around in 2012 and 2013, so you may not remember GLBSE, BTC.TC, havelock, bitfunder and a few other "bitcoin stock exchanges". On those exchanges, companies could list securities like company shares and bonds, which where traded for bitcoin.
Initially, mining bonds where the most popular security, allowing people to invest in bitcoin mining without having to own and operate any hardware, while allowing miners to raise capital and sell off the risk of future difficulty increases. Revenue from mining was then paid to bond holders as "dividends". In theory, a sound concept and the precursor to cloud mining. In practice however, these bonds quickly became a mania. They where trading at prices that made no economic sense at all, anyone with a calculator could easily see it was impossible they would yield a positive ROI. Miners and scammers quickly caught on to that, and sold more bonds then they had hardware for. But they kept rising in price, and people kept buying them, expecting to sell them later with profit.
Soon after, all kinds of companies launched IPO's on these exchanges. Some where legit, many dubious, most where pretty obvious scams. It didnt matter, IPO's where as much a hype as ICO's today, and virtually never failed to sell out in record times, raising millions of dollars. Almost nothing was scrutinized, anyone scammer with a tiny amount of photoshop knowledge or anyone promising to achieve some ridiculous ROI had no problem raising millions.
After the companies, came the investment funds. Someone raised bitcoins through an IPO, and used that money to trade in other securities listed on that same exchange. Then they launched a second IPO for another fund, and used fund A to buy shares in fund B, and fund B to buy shares in fund A. Prices went through the roof. You couldn't make up stuff like that, it was hilarious.
Almost nothing that was traded on those exchanges, had any real value. A few notable exceptions include Asicminer, which raised money to develop an asic, actually managed to get it produced as one of the first ever bitcoin mining asics, sold in large quantities and made a huge profit, paying back investors through dividens many times the IPO value. It was the largest success story by far, but even that ended with an exit scam when the anonymous founder ran off eventually.
Around 2013, the SEC intervened, closed a few of the largest exchanges, charged and fined some of the operators and issuers. Other exchanges collapsed or vanished. Tens of thousands of BTC where lost. Im not aware of any company that was launched on any of those exchanges that still operates, except for the gambling site satoshidice (which was among the ones fined by the SEC).
What caused this to happen? The enormous rise in value of bitcoin created a group of early-investor millionaires, who believed in crypto currency, who where accustomed to double or triple digit gains in a very short time and who had money to burn. Many of them got rich "by accident", not because they did a lot of due diligence or understood the risk/rewards or even the technology. This gullibility was clearly seen with Trendon Shavers aka Pirateat40, who at that time operated a gigantic, half million bitcoin ponzi scheme by promising 7% weekly returns. These people where very likely to invest large sums of money in risky crypto related startups, expecting a repeat of the success of their early bitcoin investment. This created a self fulfilling prophecy where IPO's always succeeded, prices always went up, creating gigantic bubbles.
Fast forward a few years. Besides bitcoin millionairs, we now have ethereum and a few other altcoin millionaires. Instead of IPO's, we now have ICO's. Instead of GLBSE, we have ethereum as the enabling platform. Instead of tradeable funds, we will soon have things like iconomi. Instead of bubbles created by funds investing in each other, we will have blockchains that are denominated in each other. And instead of thinking security regulation can be avoided by denominating an investment in bitcoin, we have people thinking regulation can be circumvented by calling something a token.
Am I the only one having a terrible deja vue?

Who will buy mtgox?

On August 17 2012, Bitcoin plunged $3 to less than $11 after Pirateat40 stopped accepting Bitcoin payments. Another crash happened on April 10 2013 when Bitcoin plunged $60 to just $122 as increased trading volume disrupted Mt. Gox servers. On August 30 2013, Bitcoin crashed $131 to $126 within minutes as Tradehill announced closure. Bitcoin price prediction for January 2019. At Yahoo Finance, you get free stock quotes, the latest news, portfolio management resources, international market data, social interaction and mortgage rates; Bitcoin Price9 Aug 2018 At 10 months old, Argo Blockchain just became London's first listed £25 Million On The London Stock Exchange With ... Launched in 2009, Bitcoin is the first and remains the most successful blockchain-based cryptocurrency in the world. The price of Bitcoin is volatile, ranging from under $10 in 2010 to just under ... Kashmir Hill – Federal Judge Rules Bitcoin Is Real Money: . Forbes.com contributor Kashmir Hill highlights a new development regarding ways existing laws can be applied to Bitcoin-related activity.Excerpts: “In defending himself against the SEC suit, Shavers argued that Bitcoin isn’t actually money and that the SEC shouldn’t be able to prosecute him.” Trendon Shavers, under the alias pirateat40, raised more than 760,000 bitcoins in investments through his firm, Bitcoin Savings and Trust, from at least Sept. 2011 to Sept. 2012, according to ...