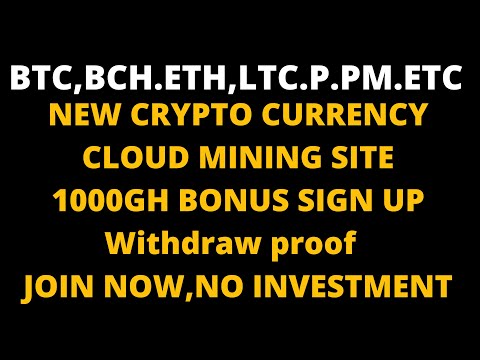 What to expect in the next 5-10 years. From the perspective of a long-time crypto holder.

I've been involved in crypto since reading about Bitcoin in 2010. I've seen coins come and go and everything in between. How many of you know what Solidcoin is? Yeah, I've seen a thing or two.
Whether or not a coin does well in the long-term is tied to many factors. Among those factors, one of them is the emission rate of new coins. Emission rate, of itself, doesn't mean much because it is constant. However, it is a positive sign when you see a high level of demand which can be translated as the total network hashrate being rather large. At this time I see the number one Cryptonight bases coin is Monero. The Monero network hashrate is around 1000mh/s. This is very high and it is a testament to the fact that Monero is perceived to be a coin of value worth the effort to mine. Electroneum, at this time, has the next highest network hashrate of all Cryptonight coins. Currently it is bouncing between 250-300mh/s. This level of mining support tells me there is significant value in mining ETN.
So, back to the emission rate. The emission rate of new coins is often pretty high. This is especially true for ETN. Like other coins, Sumocoin excluded, the emission rate is constantly decreasing. This feature isn't remarkable in itself, but in the case of ETN it will be more interesting than it is with other coins. I did the math for the ETN long-term emission rate and I figured that ETN block rewards will become effectively very small in comparison to the current reward in 10 years. In 5 years, the block reward will be about 10% of what it was at release. About 750 ETN. In another 5 years following that, it will be about 75 ETN. Understand, these rewards will be true regardless of the technology advances that occur. Even if the network hashrate grows to 1000Gh/s, the emission rate will not change and the rewards will still decrease to these numbers. In short, ETN will become much harder and expensive to mine. This will have a direct impact on the value of ETN in the future.
So how much of an impact am I talking about? I'm going to throw some numbers out there. These are Very Conservative numbers, but I feel they are realistic for anyone interested in the long-term outlook. Assuming that ETN does nothing new from where they are today, it will be a safe conservative bet that ETN will be worth $0.25-0.35 in five years. If ETN can survive for five years, the five years following that will be the largest in growth. In ten years ETN will be worth $2.50-3.50.
Lambos? No, not really. But for all practical purposes, a very good outlook for long-term investors. For many, these numbers are unacceptable. And I get where those people are coming from. They see coins skyrocket 10,000% in one year and they want some of that magic. The purpose and use case behind ETN could very well drive the price much higher than my predictions. But understand that my numbers are based on nothing new or remarkable happening for ETN. And with that, I should also provide a sober and alternative possibility for the future of ETN as well. This is what I call the Solidcoin Fate.
Remember Solidcoin? Yeah, a lot of people don't. Solidcoin was a new coin that was introduced around the time that Namecoin was developed, although it wasn't related to NMC in any way. Solidcoin became the first new Crypto to have a significant percentage of miners drop BTC mining for mining Solidcoin. Things were looking great until the developer suddenly dropped support and abandoned everything. It wasn't a scam coin. The developer simply never intended it to take off like it did and became overwhelmed and disillusioned with technical difficulties at the same time. Thus, Solidcoin evaporated as quickly as it became a success. The lesson here is, a centralized coin can suddenly go belly-up if the developer suddenly abandons it. While I don't expect to see that with ETN, it is a possibility that could occur. Hopefully, as was the case for how Monero was born, a large group of supporters will take over and continue development as a decentralized coin. The number of supporters for ETN certainly supports a scenario like this if the worse were to happen.
No matter what happens, it will be an interesting ride to take. As a holder and user of ETN (Yes, I use it. Bought several Steam games with it. It's not a currency if you don't ever spend it.) I naturally want to see the best outlook become reality. I am also a realist, and I don't subscribe to dreams of riches and "lambos". Even if magical things happen in the world of Cryptos, it isn't responsible to make investments and decisions based on fantasy. The reality for ETN, in my opinion, is that it will be a great coin to hold if you can hold for 10 years. I can hold for 10 years and I will. My investment isn't so great that I need to worry about it or that I'm always thinking about it. If yours is, you aren't investing responsibly. Best of luck to everyone.

Dash is far from dying

I post this here in response to this post "Is dash dying": https://www.reddit.com/dashpay/comments/5e11ne/is_dash_dying/ (deleted? by the author?)
At the moment attention is taken by bitcoin and the hope that segwit will solve scalability and governance's issues. I think a good number of crypto members have jump on bitcoin's train in the hope of making few bucks and reach new all time highs, while selling cheap their dash. IMO they will come back when the trend will invert (soon?).
I think and it's maybe the reason why I believe and invest in Dash: bitcoin won't scale, it's not satoshi's dream anymore, nor the solution for those who believe that banking as we know should be a thing of the past. Bitcoin does not aspire to become a true alternative to cash/fiat: fast, cheap or easy to use. Dash works in this direction with evolution.
Interest in this crypto-currency is strong, it's just that investors are discreet and I think they may not like to promote to much this currency before they have invest enough at the best price (and they like the actual market trend). The facts :
All I see here is an incubator, not a morgue :-)

Can someone explain nodes to me

I've used bitcoin. Purchased a pizza or burger almost once a week for a few months using bitcoin. I have a few miners (2 U2 usb miners, 1 S1, and now 2 S3's now totaling close to 1000gh/s, for a whopping $3/day). And I think it's a great thing try and be a part of the network. So what incentive is there for running a node (full or whatever the other option is). I just have regular home broadband internet; http://www.speedtest.net/result/4550546584.png would that be fast enough? I play some games or watch netflix but nothing really demanding (no torrenting) on the network. I'm sure I wanted to word this better, but I'm tired, and now, sleep.

The basics of Mining

With products like jalapeno/ASIC coming out. Will these products affect when the 21,000,000 btc limit will be reached.

Every four years the number of bitcoins per block is halved, which means the total number of bitcoins only asymptotically approaches the max. With products coming out that can mine at 1000GH/s will this affect the proposed bitcoin timeline http://upload.wikimedia.org/wikipedia/commons/5/54/Total_bitcoins_over_time.png

The world's leading Bitcoin cold-wallet backed, hardware based mining pool. Start your Bitcoin mining journey today. Start Mining. bitcomining.io . The simplest platform for bitcoin mining. bitcomining.io aims to provide easy access to earn the leading blockchain asset in a minute. We believe that everyone should easily have access to future ... Accurate Bitcoin mining calculator trusted by millions of cryptocurrency miners since May 2013 - developed by an OG Bitcoin miner looking to maximize on mining profits and calculate ROI for new ASIC miners. Updated in 2020, the newest version of the Bitcoin mining calculator makes it simple and easy to quickly calculate mining profitability for your Bitcoin mining hardware. Find out what your expected return is depending on your hash rate and electricity cost. Find out if it's profitable to mine Bitcoin, Ethereum, Litecoin, DASH or Monero. Do you think you've got what it takes to join the tough world of cryptocurrency mining? Bitcoin Cloud Mining Pool & It’s Benefits. Bitcoin mining is essential to release new BTC in the market. Mining is the only way new bitcoins can be generated — the very first bitcoins created by the founder of bitcoins "Satoshi Nakamoto". MasterCoin Free Cloudmining Site 1000GH/S Powerhash Free New Bitcoin Site 2019-20. Technical BTC December 29, 2019. 2 1,068 Less than a minute. Share. Facebook Twitter LinkedIn Reddit WhatsApp. ... Bitcoin Is Going To Do Something HUGE By The Year End That May SHOCK The World! [World Recession]