The Clickhole Bitcoin Infographic You’ve Been Waiting For ... 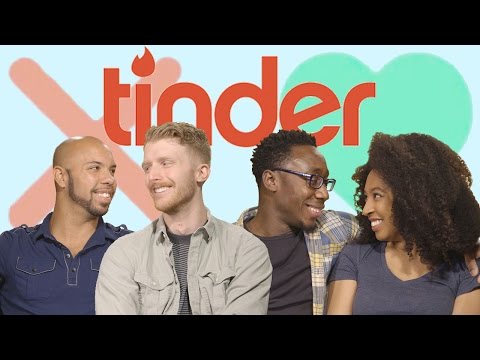 Clickhole: Don’t Understand Bitcoin? This Man Will Mumble An Explanation At You

Don’t Understand Bitcoin? This Man Will Mumble An Explanation At You --ClickHole, a sister site of The Onion

Don’t Understand Bitcoin? This Man Will Mumble An Explanation At You

Hello. Yesterday's post was way too long for consumption, so I'll cut it down. So, let's get to the chase!
The biggest development today has been the "shutdown watch." If Congress does not pass a continuing resolution (CR) by Friday at midnight ET, the government will shut down. So, what has Congress done?
Not much! I mentioned yesterday that House GOP is whipping its members to vote for a four-week CR that will extend Children's Health Insurance Program for six years and delay Obamacare taxes, but it seems like that's not going so well:


Huffington Post: House Freedom Caucus Chairman Mark Meadows (R-N.C.) emerged from a meeting with Chief Deputy Whip Patrick McHenry (R-N.C.) on Wednesday night saying House Republicans don’t yet have the votes to pass another short-term spending fix, called a continuing resolution (CR).
“At this point, if the vote were to happen today, there’s not the votes to fund it with Republican-only votes,” Meadows told reporters Wednesday night.


https://www.huffingtonpost.com/entry/congress-government-shutdown-conservatives_us_5a5fec13e4b054e351771e88
Many House GOP members want their leadership to put Goodlatte's bill to a vote on the House floor before they vote on this CR. But the leadership hasn't shown the willingness to do so. For what it's worth, Goodlatte's bill is DOA on the Senate, so don't panic.
What about Democrats? I'll let The Hill's Congress reporter Scott Wong take things from here:


Scott Wong: “Now I think shutdown is likely” Dem source says
Top Dem source says most Senate Dems planning to hold the line and vote NO on CR without a DACA deal, upping chances for government shutdown.
Some Ds will vote yes but not nine, source says


Cornyn: The “Gang of Six” deal to fix DACA will not get a vote in the House or the Senate because POTUS will not sign it. Let's go back to the drawing board and get this done: Border Security, end Diversity Visa Lottery, limit chain migration, and fix DACA


https://twitter.com/JohnCornyn/status/953588595394310145
The bill still faces opposition from the WH and much of the House GOP, but it did pick up four more GOP senators (Collins, Murkowski, Alexander and Rounds (who wants "tweaks" including E-Verify), bringing the number of likely yes vote to the bill to 56:
https://twitter.com/StevenTDennis/status/953768362764587009
In regards to the Hurd/Aguilar bill, WH Chief of Staff John Kelly said he hadn't heard about the Hurd/Aguilar bill until today: https://twitter.com/heatherscope/status/953642812150571009
But that shocking lack of knowledge aside, Cornyn threw a cold water to this bill as well.


Lisa Mascaro (Congress reporter for LAT/Chicago Tribune): GOP Whip @JohnCornyn throws cold water on Hurd-Aguilar as #DACA compromise: "It's not something I think the Senate would pass.


https://twitter.com/LisaMascaro/status/953724846957039616
Meanwhile, the "Group of No. 2's" met today (https://twitter.com/ChadPergram/status/953695977214443521) in a process Kelly called "just talking." I don't see any possibility that Congress will come up with a deal this week... It seems likely that in the next week, the government will either be shut down or operate under another CR.
But the most fundamental question is... what does the WH really want?


Sahil Kapur (Bloomberg national politics reporter): McConnell says the Senate can move on DACA “as soon as we figure out what he’s for,” referring to Trump. Pretty clear signal here about who the holdup is.


https://twitter.com/sahilkapustatus/953710294685057024
Trump is opposing the Graham/Durbin bill (https://www.reuters.com/article/us-usa-trump-immigration-exclusive/exclusive-trump-takes-hard-line-on-immigration-rejects-horrible-bipartisan-plan-idUSKBN1F62QL).
When Kelly met with Congressional Hispanic Caucus this morning, he stressed that the WH wants a "permanent solution to DACA" and said Trump does not necessarily want a full wall, saying Trump has "evolved." - https://www.washingtonpost.com/powerpost/kelly-calls-some-of-trumps-campaign-pledges-on-immigration-and-wall-uninformed-meeting-attendees-say/2018/01/17/3e2524bc-fb86-11e7-a46b-a3614530bd87_story.html?utm_term=.bacfddd02bb8
Kelly elaborated on it in his interview on Fox News tonight:


Jennifer Jacobs (Bloomberg WH reporter): What Trump wants in DACA deal, Chief of Staff John Kelly says on Fox: -$20 billion for wall -700 miles of additional wall/fencing -immigration limited to nuclear families. "We can talk about this, but that's where HE is," Kelly tells @BretBaier


https://twitter.com/JenniferJJacobs/status/953768923232657410
Will Democrats buy this? Unlikely. The next few weeks will be a rollercoaster of emotions as it has been for the last few weeks.
So, what's coming up? Well, there weren't any court action today, but it seems likely that we'll see DOJ officially asking the SCOTUS to rule ASAP on whether the court thinks the WH ended DACA legally (A reminder to submit your renewal ASAP). Will take some time for the SCOTUS to decide...
It seems more likely than not that House and/or Senate will at least try to vote tomorrow on the CR to Feb. 15. Stay tuned for that as well.
Also, I am interested in seeing whether the two bills (Hurd/Aguilar and Graham/Durbin) pick up additional supporters, especially on the Republican side. While the WH opposes Graham/Durbin and likely opposes Hurd/Aguilar, a veto-proof majority for either of the bills may send a significant message to House/Senate leadership and the WH. Unlikely that either of those bills pick up enough supporters to make them veto-proof, but just keep an eye on it in case.
That should do it for today! May God smile in our favor, and I leave you today with this:


Clickhole: In the short time since Trump has taken office, ICE and immigration officials have had free rein to deport hundreds of thousands of Americans who came here as children, many of whom have lived in this country nearly their entire lives. But now the liberal heroes of Silicon Valley are fighting Trump in a truly amazing way: In response to the deportation of DACA dreamers, tech entrepreneurs have released a new app that links your Bitcoin wallet to your smart watch.


http://www.clickhole.com/article/silicon-valley-rescue-response-trump-deporting-dac-7238?utm_content=Main&utm_campaign=SF&utm_source=Twitter&utm_medium=SocialMarketing
(Yes, the article is a satire)

Don’t Understand Bitcoin? This Man Will Mumble An Explanation At You

America Losing Afghanistan by Every Metric that Matters (Astute News)
https://astutenews.com/2017/11/02/america-losing-afghanistan-by-every-metric-that-matters/
Equifax Investigation Clears Execs Who Dumped Stock Before Hack Announcement (Gizmodo)
https://gizmodo.com/equifax-investigation-clears-execs-who-dumped-stock-bef-1820127634?IR=T
The Great College Loan Swindle (Matt Taibbi)
https://www.rollingstone.com/politics/features/taibbi-the-great-college-loan-swindle-w510880
Sea Level Acceleration (tamino.wordpress.com)
https://tamino.wordpress.com/2017/01/30/sea-level-acceleration/
Ocean acidification reduces the survival, size, metabolism and reproduction of 80% of zooplankton. (Guardian)
https://www.theguardian.com/environment/climate-consensus-97-per-cent/2017/nov/03/what-do-jellyfish-teach-us-about-climate-change
A large scale epidemiological study associates some air pollutants with kidney, bladder and colorectal cancer death (eurekalert.org)
https://www.eurekalert.org/pub_releases/2017-10/bifg-api103017.php
One Bitcoin Transaction Now Uses as Much Energy as Your House in a Week (motherboard.vice.com)
https://motherboard.vice.com/en_us/article/ywbbpm/bitcoin-mining-electricity-consumption-ethereum-energy-climate-change
America’s Opioid Crisis Is About To Get Worse (ZH)
http://www.zerohedge.com/news/2017-11-03/chart-shows-americas-opioid-crisis-about-get-worse
We, The Employees Of ClickHole.com, Have Voted Unanimously To Debase Ourselves In The Most Humiliating Ways Possible To Please The Billionaires Who Could Destroy Our Website On A Whim (Clickhole)
http://www.clickhole.com/article/we-employees-clickholecom-have-voted-unanimously-d-6952
| get more crazy at Loki's Revenge Blog, have a great day!

The Clickhole Bitcoin Infographic You’ve Been Waiting For 11 May 2018 by Jasmine Stone / No Comments Just when you think you know it all with regards Bitcoin and Blockchain, these guys come along and blow it all out of the water. r/Buttcoin: Shill central. Press J to jump to the feed. Press question mark to learn the rest of the keyboard shortcuts Cyber Gold: Understand Cryptocurrency With ClickHole’s Guide To Bitcoin. May 8, 2018. Bitcoin can seem complicated and daunting, but don’t fear. This explanatory infographic can teach the basics of bitcoin to any crypto newbie who wants to learn about this revolutionary digital currency. ClickHole falls under their umbrella, and parodies clickbait websites such as BuzzFeed and Upworthy. They’ve trained their lens on Bitcoin this time around, and it’s about time you finally learnt what all the fuss is about. Good News: The CDC Says Watching A High School Football Practice Alone In The Bleachers While Looking Sullen And Staring Longingly At The Quarterback Who Doesn’t Even Notice You Because You Wear Glasses And Have Never Spoken To Anyone At School Except Your Gay Best Friend Is A ‘Low Risk’ Activity For COVID-19